On October 12, brain research leaders and European parliamentarians came together to discuss the future of global collaboration in neuroscience. The workshop was organized by the European Parliament’s Panel for the Future of Science and Technology (STOA) and the International Brain Initiative (IBI), an organization that supports coordination among large-scale brain research efforts globally. Participants considered the challenges of studying the brain and how collaboration among the brain initiatives can help overcome them.

A Decade of Progress

A keynote presentation by Edvard Moser, Founding Director of the Kavli Institute for Systems Neuroscience and a 2014 Nobel Prize winner in Physiology or Medicine, discussed the impetus for the U.S. BRAIN Initiative and the E.U.’s Human Brain Project, which were founded to spur the development of new tools for studying higher-level brain function. He underscored the recent technological progress in neuroscience that is enabling researchers to study the brain’s circuits. New technologies including highly sensitive neural probes and miniaturized microscopes can simultaneously measure the activity of thousands of brain cells in real-time, providing a window into how the brain functions.

“In just the last five to 10 years, partly as a result of the initiatives taken by the European Union, the U.S. Japan, China, and many other countries, tools have become available that make it possible to study the brain at the level where it should be studied, namely as interactions between thousands of cells,” said Moser. “We now have access to the data and are starting to understand how high-level brain functions arise. With that, we also have the potential for understanding what goes wrong in psychiatric and neurological diseases.”

"We now have access to the data and are starting to understand how high-level brain functions arise."—Edvard Moser 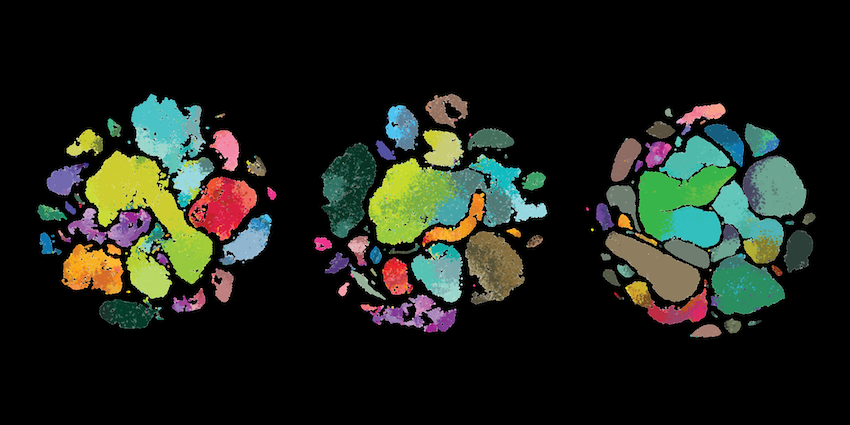 A massive collaboration of neuroscientists, brought together by the U.S. BRAIN Initiative, mapped millions of neurons and other cells involved in the motor cortex of the human, mouse and monkey brains. Credit: Allen Institute for Brain Science

The Future of Large-scale Collaboration

The event kicked off with an introduction by Member of Parliament and STOA panel member Patrizia Toia, who highlighted the global burden of brain diseases and the need for new prevention and treatment strategies. She likened the IBI to “United Nations of neuroscience where scientists and researchers from Europe, the United States, China, Japan, Canada, Korea and other countries can all work together to improve our health systems.”

The workshop continued with an overview of the IBI and its activities by IBI Co-chair Jan Bjaalie, Infrastructure Operations Director at the Human Brain Project. Representatives from Europe, the U.S., Japan, China, Australia, Korea and Canada then discussed the achievements of the IBI, the benefits of large-scale brain research projects, and the opportunities for greater international collaboration.

Benefits of large-scale collaboration and the IBI: Neuroscientists Linda Richards, formerly of the Australian Brain Alliance, and Katrin Amunts, Scientific Research Director of the Human Brain Project, noted the IBI provides a mechanism for communication among the brain initiatives that didn’t exist before. This has helped establish trust between the initiatives, created an awareness of their research priorities and activities, and allowed researchers to identify synergies across the initiatives.

“It's extremely difficult just to understand what countries are doing and it's even more difficult to understand what they are preparing to do,” said Amunts. The IBI has played a critical role in fostering collaboration globally and can help ensure that international brain research priorities are addressed in a systematic way, she said.

The panelists suggested that the brain initiatives’ greatest impact has been the development of tools and technologies, including data resources and platforms that are available to the worldwide research community. John Ngai, Director of the NIH BRAIN Initiative in the U.S., highlighted one of those: a comprehensive map of the motor cortex in mice at the cellular level. It is a product of the BRAIN Initiative Cell Census Network, which includes 250 scientists from three continents. Ngai said the cell census laid the groundwork for several more ambitious projects that will require greater global collaboration and infrastructure.

Other tangible benefits of international collaboration in brain research, include:

Future challenges and opportunities: Moderator Monica Di Luca, President of the European Brain Council, asked the panelists to critically examine the existing models of international collaboration and identify areas for improvement. The China brain project’s Mu-ming Poo, founding director of the Shanghai-based Institute of Neuroscience at the Chinese Academy of Sciences, noted the need for data standards, particularly for human studies while acknowledged the challenges of developing such standards. “There's a limitation in the sense that there are different standards or different cultural backgrounds when we're dealing with data collection, especially human data. That needs to be openly discussed,” he said.

Poo and several others also underscored the need for engagement with the public and the neuroscience community and for education.

Shigeo Okabe, Program Supervisor for Brain/MINDS, said Japan’s brain initiative has ushered in a culture change among researchers and led to new ways of assessing their contributions. However, he and several other panelists said more change is needed. For example, neuroscientists could learn about new models for collaboration from their peers in other fields, especially astrophysics and high-energy physics.

The panelists highlighted several other challenges:

The workshop closed with remarks from Amy Bernard, Director of Life Sciences at The Kavli Foundation, a partner of both the IBI and U.S. BRAIN Initiative, and Eva Kaili, a European Member of Parliament and Chair of the STOA Panel.

Kaili acknowledged the profound policy and social implications of recent progress in neuroscience and the potential for it to bring tremendous benefits to the world, including innovative treatments for brain diseases, brain-inspired technologies and perhaps even more people-centric policies that taken into account the way people think and behave. She also noted the urgent need for international dialogue to overcome the barriers to scientific progress in neuroscience, including data sharing.